We recently released Lady Murasaki's Tale of Genji, a manga adaptation of what many believe to be the world's oldest novel. Because of the fascinating nature of this title, we wanted to catch up with the author, Sean Michael Wilson.

We’re excited about your new book, and we’d love to hear a little background. How were you first drawn into the world of manga?

I am often asked that question and my answer is a bit surprising. Because, despite living in Japan and working with Japanese artists and publishers I’m not specifically into Japanese manga — I’m into comic books in general. And when I create my scripts I’m not really thinking specifically about manga, I’m thinking of coming books in general. But the books I work on with Japanese artists become manga when they apply their own influences and aesthetics to it. As to comic books in general I read them as a kid in Scotland, as most kids did then. But it was a good time to take the next step into reading more mature comic books as a teenager and an adult because that is exactly when more sophisticated comic books were being made by the likes of Alan Moore. So I have been reading very intelligently written and very well drawn comic books since I was 12 or 13 years old. They inspired me to become a comic book creator myself.

Can you tell us more about what inspired you to reimagine the Tale of Genji?

The simple answer to that is because I was given a choice to do a book about Miyamoto Musashi or the Tale of Genji when I was discussing it with Tuttle. Since I’ve already done two books about Musashi, I wanted to try this very different type of book instead. The Tale of Genji is about court politics and romance and gender relations rather than about samurai and bushido philosophy. So, basically, it was interesting to try a new type of thing for me.

Talk a bit about the condensation process (from over 1,000 pages of original text to fewer than 200 in this version). How did you go about choosing which characters and parts of the story to trim away, and which to leave?

This is the difficult aspect of doing these kinds of adaptations. Sometimes the original book is quite small so we can expand it in our visual version. But most of the time it’s a long book and we need to summarize it into something smaller, often much smaller. That presents specific challenges to me. And in this case I emphasize myself as the writer because first of all it is the writer's responsibility to do that, to choose what to put in and what to take out, and then to put it together into a coherent form in the shorter version. Though, of course, the overall process is a collaboration between myself and the artist.

[Spoilers Ahead: skip to next question to avoid!]

It would take a longer answer to go into the details about this adaptation process but in this case I can mention one specific aspect: which is that we decided to end our manga version when Genji dies. That makes it easier for us because it already cuts out the last 25% of the book which goes into what happens to his sons and daughters after Genji dies. So that was an early decision that I made.

The basic criteria I’m using for all such adaptations is to keep the book close to the original in tone and content, but to make a coherent new version which is visually appealing. Most of my adaptations of Japanese classical texts or actual historical events follow that criteria. 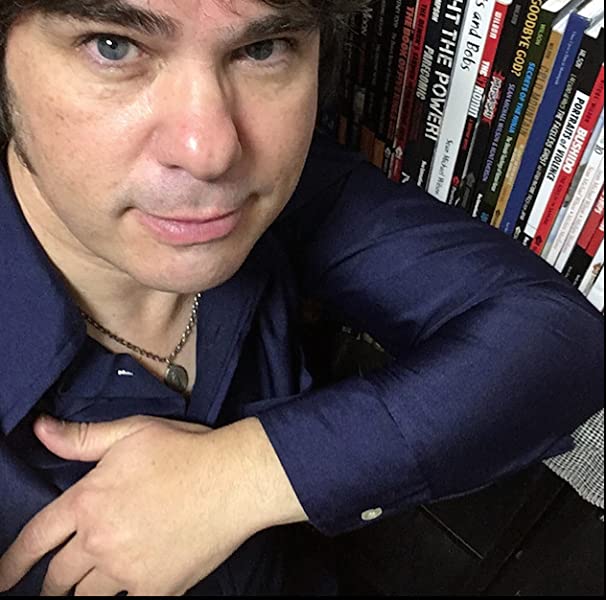 Did anything surprise you in your research of Lady Murasaki or in your reading of different translations of her text?

One thing that surprised me when I was reading through the book is that it’s not written in what we now consider the traditional novel style, of one long continuous flow with conflict and resolution, etc. It’s actually a series of only loosely connected situations which often don’t have a clear conclusion to them. Some people may consider that a negative thing because a lot of people think the three act structure is the correct and only way to tell stories. Or that stories have to be very dramatic or have clearly wrapped up conclusions. But that’s actually not the only way to structure stories, and I like the subtle open-ended nature of the scenes in the original Genji book. It’s good to do some stories in ways that transcend the normal way.

For your graphic novels, what is your relationship with the illustrator like? What’s your favorite part of this kind of collaboration, and what does that process look like?

It would take a very long answer to go into all the details of that too, but the basic thing is that I write what’s called a “full script” which details the visual and textual content of each page and each panel. But I do it with only a moderate amount of description to the artist in order to give them room to do it their own way and add in their own ideas. That is because the process is a collaboration of equals. As an example, I said to the artist, Ai Takita, that I think we should take the opportunity to make this book look very visually beautiful, with lots of detailed visual motifs, etc. So, that is a pretty general example of “direction,” in the way a film director works with an actor and then lets the actor get on with doing it the way they think best. So, Ai likewise had the freedom to do that in her own way and she really went for it and did a great job. I think this is probably the most visually beautiful of all of my adaptations of Japanese related books. It looks lovely.

As to my favorite part of the collaboration, it's often seeing what the artist has come up with months after I’ve written the script and partially forgotten what I wrote! I mean that in a good way because it means I can come to the pages fresh and enjoy seeing them. Basically making comic books and manga is satisfying creative work. Or it should be, if given the freedom to do it your way. And that gives you a sense of ikigai, the Japanese idea that conveys a sense of doing something meaningful.

How does this book compare to previous manga adaptations that you have written?

Most of my books are about samurai or bushido, or about philosophical aspects of Japan, so this book is a bit different in that it’s focused on court politics and romance and gender relations of that time. No doubt some readers will therefore consider this to be a book which appeals to female readers more than male readers. But I don’t think in those kinds of terms. Surely that kind of artificial separation between male/female interests, between masculine/feminine behavior and attitudes, is the kind of thing we’re trying to overcome in a more equal society. So I see no reason why our Genji book should not also be of interest to male readers, and why my books about Musashi and samurai should not also be interesting to female readers.

Do you have any favorite pages from the book?

As I said Ai has done a very good job and makes this a very beautiful book. My favorites include page 159 where the snow is falling in the garden at night; or page 51 where the men are dancing in their ceremonial clothing. Wonderful stuff. And observant readers will notice that we have a kind of circular flowing visual motif running through the book which was our decision at an early stage. It gives the book a certain unity which ties the various separate scenes together into an overall feeling.

What do you hope readers take away from the Tale of Genji?

This is the first time the classic story has been available in an English language manga edition. Although actually there has been at least one manga version of it published in Japan in Japanese. So it’s good that we’ve brought out this version to be widely available in the USA and UK. These new versions help such classic tales to remain in people's minds rather than be forgotten. It helps a new generation come to this kind of classic book. I also hope people will appreciate how beautiful Ai has made the pages.

Most authors are avid readers, too. Have you read anything recently — manga or otherwise — that struck a chord with you?

Jorge Luis Borges, who is quoted on the back of a book as a fan of the Tale of Genji, often talked about how being a reader is more important to him than being a writer. And perhaps I feel something like that myself. I’m always reading books and manga myself and it’s a very important thing to me. Some of the recent good comic books I’ve read include the Eugene Debbs biography by Paul Buhle and Noah Van Sciver, or Americana by Irishman Luke Healy about his travels across the USA. There are a lot of good manga and comic books out nowadays — it's really a good time. And this week I got a nonfiction book about Issac Newton, because I realized that I know almost nothing about this important figure in science. So this book should help me put that right!

Can you tease any upcoming projects?

Japanese-related books are only one type of books that I do. I do a variety of books on different subjects and with artists from all around the world. For example, we recently did a comic book about George Orwell’s childhood, and the book which I just finished writing recently is about Kurdistan and the struggle of the Kurds to make a more democratic system for themselves. That might seem very different from Japanese history to some people but to me as a writer it’s all connected — it's all culture and history and human affairs. 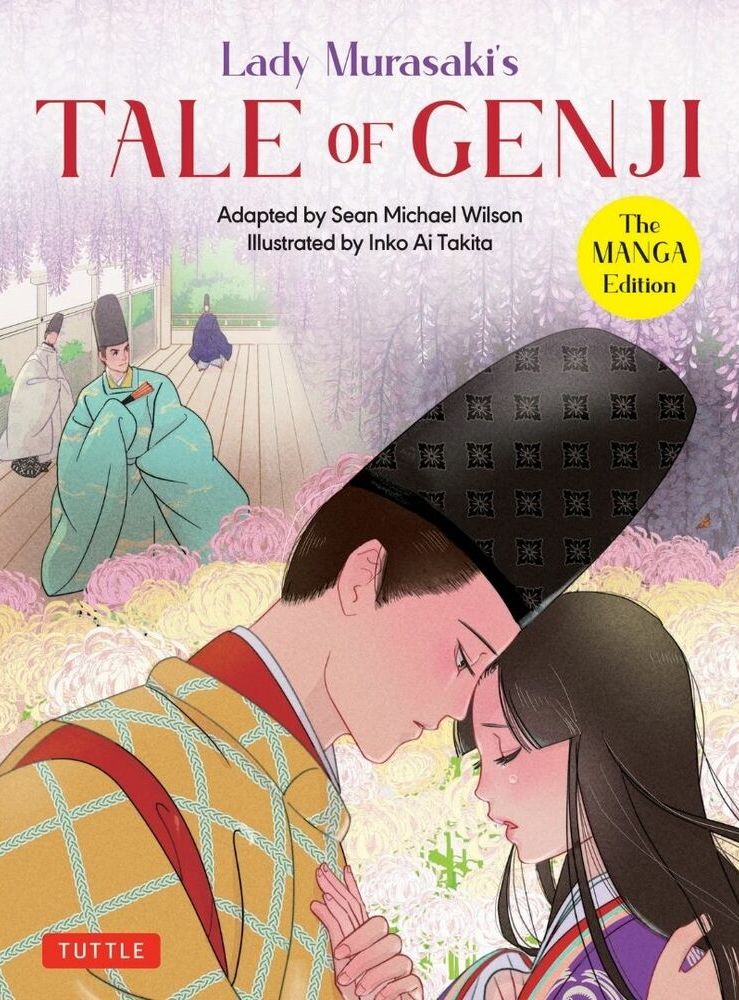 Tale of Genji tells the story of Prince Genji, the passionate heir to the Chrysanthemum Throne. Handsome, romantic, and talented in the art of seduction, Prince Genji skillfully navigates the court and all its intrigues--always in search of love and often finding it.

His story is the oldest and most famous tale of romance in the annals of Japanese literature and, as a representation of passion and romance, remains beyond compare. Order your copy today.