Today we are sharing Part Two (read Part One here) of an interview with the authors of the brand new Tuttle graphic novel, Tokyo Rose - Zero Hour. In case you're unfamiliar with the Tokyo Rose story, it centers on Iva Toguri, a Japanese American woman who was visiting her relatives in Tokyo shortly before the attack on Pearl Harbor. Trapped in Japan, Iva refused to renounce her American citizenship. But she was forced to take a job with Radio Tokyo to host "Zero Hour," a propaganda broadcast aimed at demoralizing American troops — in the role of the infamous Tokyo Rose.

Janice, can you expound a bit on the ideas of self-worth and acceptance that you touch on in your Foreword? How are those ideas relevant to our current moment?

Janice: Self-worth and self-acceptance are universal to us all. We grow up within our nuclear family, have our school and social circles, and move forward into our adult lives. As children, there are expectations about family responsibilities, school work, time spent with friends, and our inner lives.

If one is a minority, there is a different template on how we navigate into adulthood. Racism is a big factor in preconceptions by others, and institutionalized racism is embedded in laws, school books, and everyday interactions with the public. Knowing one’s self-worth takes time and critical thinking. One has to be actively involved in this search through knowledge, experiences, and reflection. It doesn't just come by osmosis.

In one sense, acceptance simply means accepting the reality of your situation. My father, Bay Doc Chiang, gave us the best advice when we were growing up. He said, "Live and let live." This was his response to struggles or contradictions. It sounded so simple yet became more profound as I grew up: what we don’t understand and know now will reveal itself in the future, and we need to work within the reality of a hard situation rather than wishing it away. Iva Toguri exemplified this.

But we must also accept ourselves. Iva's strength was knowing her self-worth, both as an individual and as an American. Self-worth and self-acceptance are a combination of knowing who you are and the respect that is shown to you by others as a valuable member of a community.

When it comes to the majority culture accepting those who are different, we must start with the fact that we are all connected by our humanity. And the concept of critical thinking is also vital here: we must endeavor to hear our inner voices, reflect upon the reality in front of us, and speak to friends and even strangers who will offer a new perspective. If our society promotes self-worth not tied to material possessions or social media "likes," perhaps there would be less aggressive behavior and violence, and more cultural acceptance.

Andre, you’ve really packed the book with history, drama, and intrigue that keeps the reader glued to the page. Do you have any favorite moments or scenes in the book?

Andre: Iva storming out of her distant family's home in the early part of the book. That is one of my favorite scenes because it was the breaking point for Iva and I could just see and feel the energy in that scene. Kate again did a beautiful job of emoting Iva's frustrations. Another favorite scene is when the Japanese Military is reviewing and coming up with the propaganda plans. That was fun to research and write. The crazy ideas they came up with!

Who is your intended audience, and what are your hopes for them? What feelings or convictions would you like them to take away from the book?

Andre: Honestly, everyone. I think everyone can learn from Iva's experience. I think it's relatable to those Americans who find their identity and patriotism challenged, and for the "challengers." I think it's an opportunity to educate them on what patriotism can mean beyond politics and heritage. Iva fought for her country the only way she could, and I think there is power in her struggle to galvanize unity and diversity in our country and beyond! 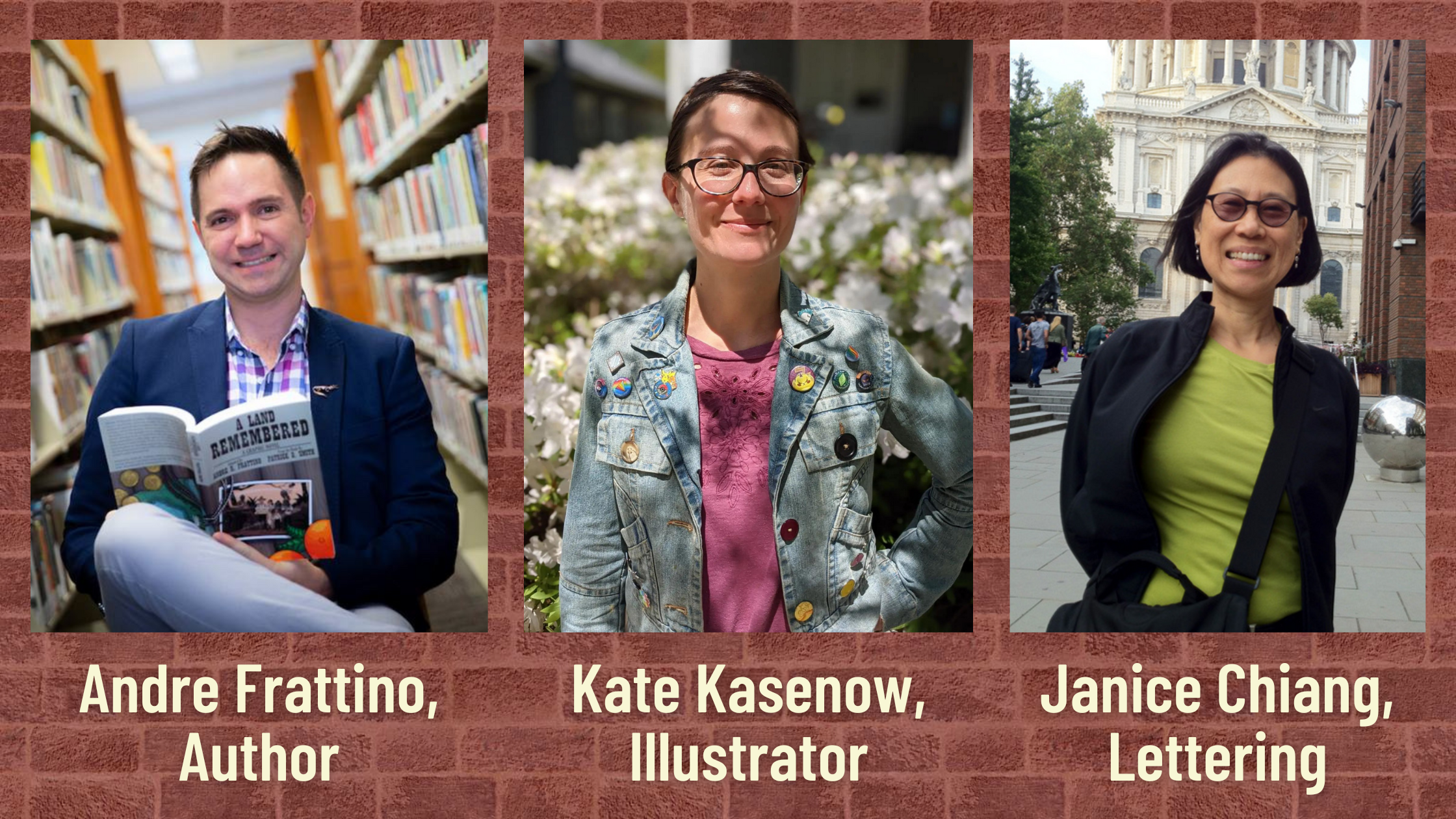 In a broader sense, can you all speak to the need for graphic novels like this one, that focus on important cultural and historical themes?

Janice: I’m excited that the graphic novel format has become the gateway to reach young readers and present historical events. History is dynamic and the combination of words and artwork express this quality in a more engaging manner than an all text presentation.

Kate: Absolutely. When I was a kid, I wasn't introduced to graphic novels specifically, and comics as a whole were treated as a lesser form of entertainment — barely recognized as the important cultural and educational tool they can be. But the accessibility of sequential art allows us to spend as much time in these worlds as we want. Being able to re-read and share these stories in a physical way allows for a more personal experience. As the diversity of stories being told grows, we gain access to a much wider world, which is an important step not only in learning cultural sensitivity but also in developing our empathy for those around us.

Andre: Graphic novels, year after year, become more and more important in literacy and in education. They're quick and easy to digest and that doesn't make them "watered down" literature, it makes them attainable and easily accessible. I think when done right, and when the research and respect to the history is recognized, you end up with vital tools for educating our young (and old) on our past in ways that may not have been available before.

Do you have any upcoming projects to tease?

Andre: I have two projects in the works. I'm writing and illustrating a graphic novel about the early years of Tom Petty growing up in Gainesville, Florida (which my hometown as well). I'm also working with artist Yasmin Flores Montanez on a graphic novel with IDW regarding Operation: Pedro Pan, which was the exodus of 14,000 Cuban children from Cuba to the USA in the early 1960s. Many of those children found sanctuary in Florida and are still living there to this day.

Janice: I’m the Lettering Department for John and Sandy King Carpenter’s Storm King Comics. John Carpenter’s Tales For A Hallowee Night Anthology: Volume 8 will debut at New York Comic Con which is our tradition. There will be fourteen stories written by different teams of writers and artists. The lead story is written by John and the closing story by Sandy.

Thanks so much for participating in this Q&A! Before we go, can you recommend any other comics or graphic novels that strike a similar cultural nerve as Tokyo Rose?

Kate: Though it's not culturally specific, and might look more like fantasy, there is a graphic novel called The Arrival that beautifully illustrates the immigrant experience and uses no words. It's an older work, but it has always resonated with me and I revisit it often. It's an eye-opening read that I encourage everyone to explore.

Janice: I immediately think of Maus by Art Spiegelman, March by John Lewis and Nate Powell, and They Called Us Enemy by George Takei, Justin Eisinger, and Steven Scott. I’ve been working on graphic novels with Scholastic on the I Survived series written by Lauren Tarshis. The storylines are about young children at different periods in history facing adversity and surviving it.

Andre: Most certainly! Both They Called Us Enemy and March are fantastic reads that showcase the civil rights and liberties of our fellow Americans being challenged...and how those individuals and communities rose to meet the challenges and fight against them! 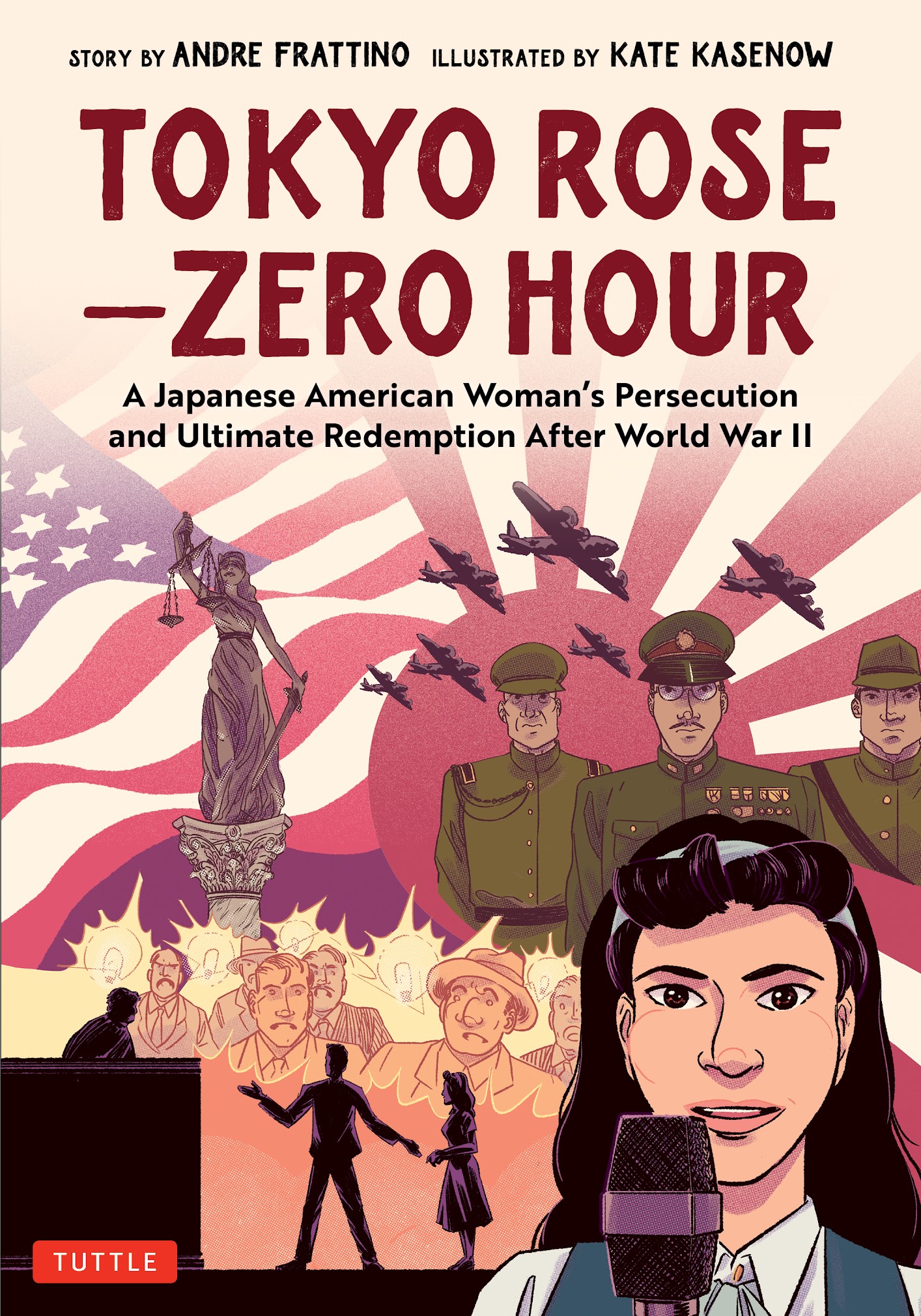 Traitor or hero? Discover the truth behind the legendary Tokyo Rose. Tokyo Rose - Zero Hour tells the true story of Iva Toguri, a Japanese American woman who faced tribulation in WWII Japan, and unjust accusation in America thereafter. In a world rife with misinformation and racial prejudice, the story of Tokyo Rose has never been more relevant.