Born in Sweden, Per Oscar Brekell developed an interest in Japanese tea during high school, a passion that grew and later led to his move to Japan. He studied at Gifu University and became a certified Japanese tea instructor, completing an internship at the Tea Research Center in Shizuoka. After working for the Japan Tea Export Council, he started his own tea business in 2018, instituting tea education projects internationally and arranging tea events and seminars in Japan. He is the first non-Japanese to receive a certificate for preparing handmade sencha, and in 2016 was awarded the Challenge Prize by the World Green Tea Association.

We spoke with him about his new book A Beginner's Guide to Japanese Tea, coming soon in February 2022 (and available for pre-order now!).

In your book, you mention being introduced to Japanese tea while in high school in Sweden. How did that come about, and how did you know you wanted to pursue that long-term?

It all started with a history lesson. I found Japan’s rapid modernization during the Meiji (1868-1912) era very intriguing. It didn’t take long before I stumbled upon Kakuzō Okakura’s classic The Book of Tea from 1906.

Contrary to what many readers may think, though, my romance with Japanese tea didn’t start with love at first sip. In fact, it was closer to the opposite. Later, I learned that Japanese green tea shouldn’t be steeped in boiling hot water, and I eventually I managed to get a better balance of the umami, sweetness, bitterness and astringency. What I had perceived as grassiness also changed into a fresh forest-like refreshing aroma once I got used to the taste.

My interest eventually grew into a passion. Eventually, a Japanese friend of mine joked and told me I should try to get a Japanese Tea Instructor Certificate. In that very moment, I realized I could turn my hobby into a profession, and it didn’t take long for me to make my mind up about it.

What was it like to undergo the intense training to become a Japanese tea instructor as a foreigner? Were there any advantages to having an outside perspective?

First of all, I will have to start by mentioning the language barrier. Unless you can already read and communicate fluently in Japanese, you will have to go through several years of language studies first to become able to even read the textbook.

So while studying, there was pretty much no advantage to having an outside perspective. That changed a lot after I finally got my certification in 2014, though. The export of Japanese tea is growing at a steady pace, and… the industry as a whole was (and still is) hungry for people with an outside perspective, especially those with both knowledge in the field and language skills.

As a foreigner, I think it was easier for me to become a bridge between Japan and the rest of the world. I believe that my perspective allows me to imagine more easily what foreigners want to know which in turn enables me to adjust the content of my tea classes and whatever I write.

Do you have any advice for people learning Japanese as a second language?

Whatever you do, stop imagining that there are any shortcuts available. Learning Japanese is time-consuming, and if you want to progress beyond just ordering food and drinks at an izakaya, you should be prepared to spend at least several years on it.

I would suggest trying to read a little bit every day. There was a time when it could take me up to twenty minutes to read just one single page in Japanese, but as you get more familiar with the grammar and increase your vocabulary you will gradually make progress. And I shouldn’t forget to mention Tuttle’s Kanji Cards. I found them extremely useful, and easy to study with as well.

Could you tell me a bit about your own tea brand, Senchaism?

Japan is abundant with good-tasting tea but what I find most intriguing are single estate and single cultivar Japanese teas. In my search, though, I realized that these teas are not always easy to come across, even in Japan. Senchaism is all about making these wonderful teas more easily available, not only in Japan but for an international audience as well.

Japanese tea has given me so much, and made my life richer in so many ways. I believe the same could happen to other people as well, and if Senchaism can be a vessel for making that happen, I couldn’t be happier. 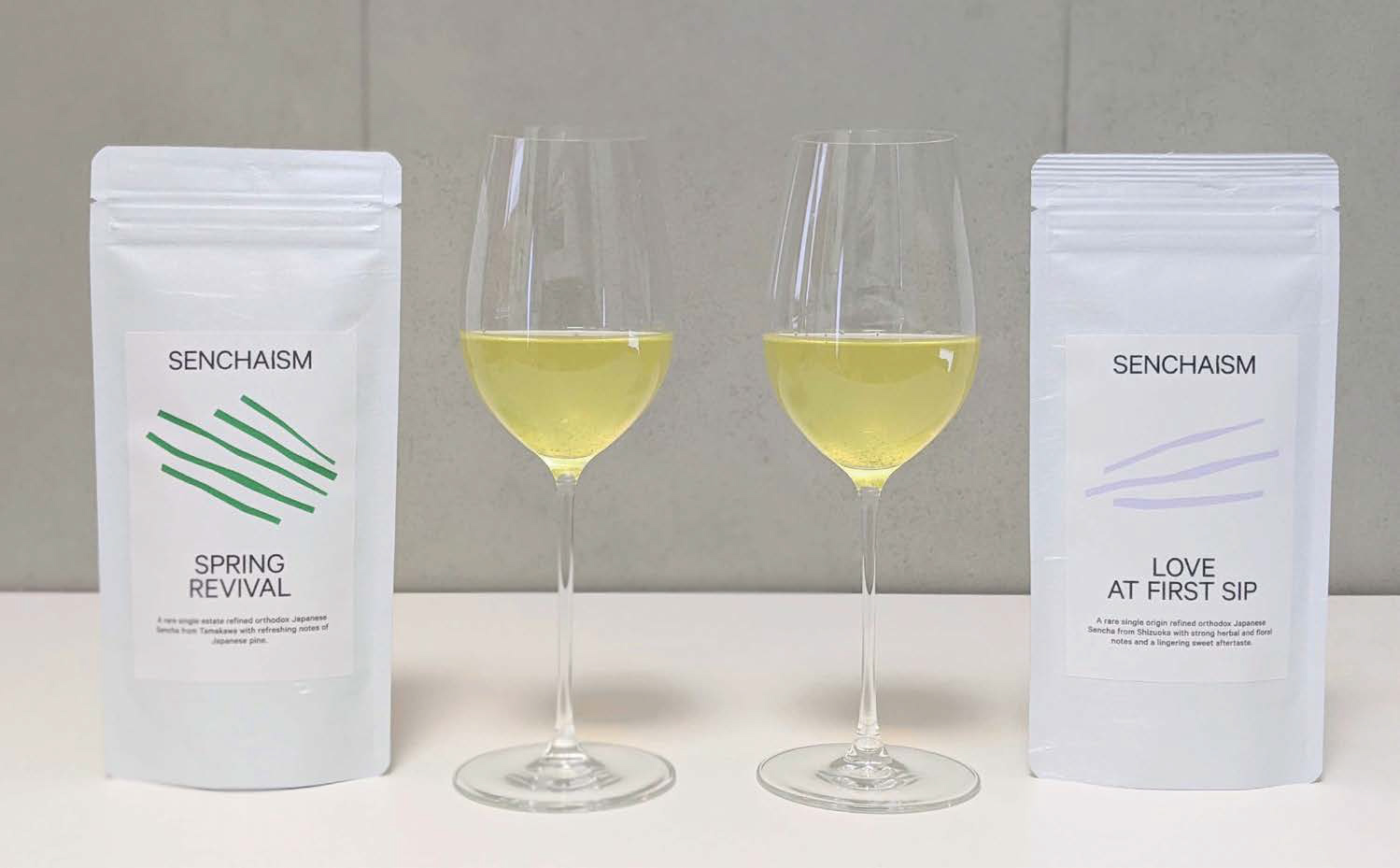 What do you hope that readers take away from this book?

First of all, I hope that readers will find it useful when exploring the world of Japanese tea, and that it will help them discover new aspects that they hadn’t sensed before. But if I dare go further in my thoughts, I hope it will inspire more people to make Japanese tea a part of their life.

If you could pick one variety of Japanese tea to recommend to a novice tea drinker, what would it be and why? 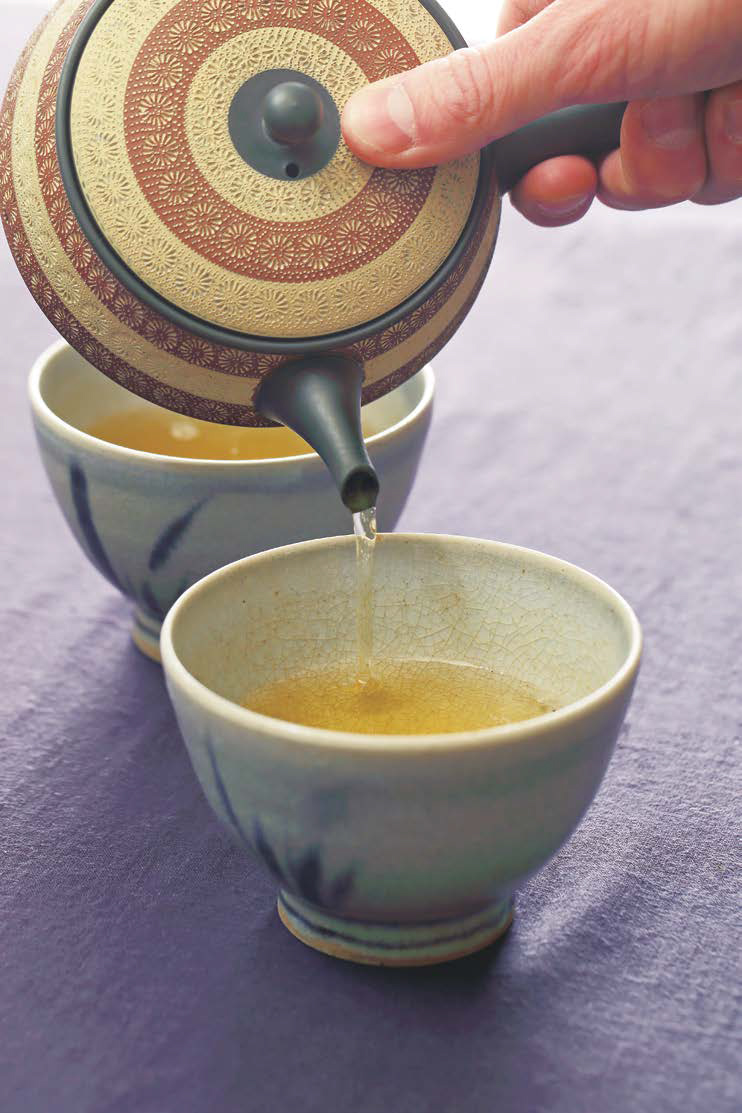 As I write in the book, Japanese tea with its umami, fresh forest-like aroma and pleasant astringency perfectly embodies Japanese culture, and I believe this is especially true in the case of Sencha. That said, it is rarely love at first sip, and therefore requires some time to appreciate.

What should more people know about Japan or Japanese tea?

Both Japan and Japanese tea have changed a lot in the last couple of decades. For example, the single estate teas that I often promote didn’t even exist only 30 years ago. Hardcore tea fans may scoff at green tea in plastic bottles [like Itoen’s Oiocha], but I would say that they present an excellent healthy alternative to soda and other sweet soft drinks. Another positive thing that deserves mentioning is the emergence of the so-called “Nihoncha cafés” (cafés specializing in Japanese green tea) that are popping up more and more lately in Japan.

How did the Covid-19 pandemic affect your work as a tea instructor?

The pandemic has been catastrophic, to put it mildly. Before the pandemic started, I used to travel around both in Japan and overseas to hold tea classes and events. Zoom meetings and social media posts are good ways of getting your message out, but when it comes to tea it simply doesn’t make up for real events.

There have been some good signs lately though. Only a few days before answering these questions, I got to brew tea for visitors at a department store in Tokyo for the first time in 19 months. The event made me realize once again what a smile-inducer Japanese green tea can be.