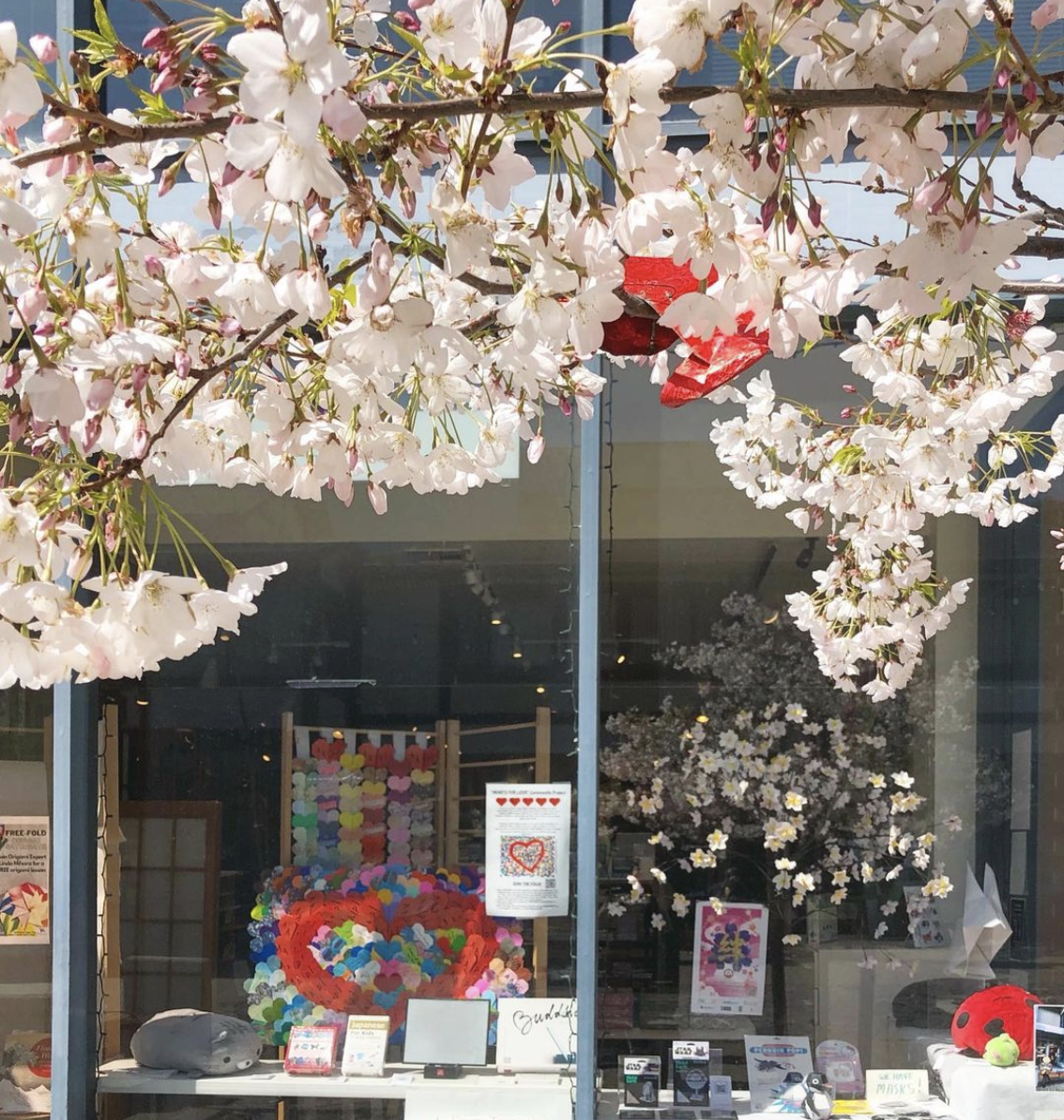 Linda Mihara, Paper Tree’s current proprietor and daughter of its original founders, literally grew up in the store, “I consider this my home. People coming in are my guests.” Linda, an award-winning origami artist, comes from a family of talented creators and origami enthusiasts. 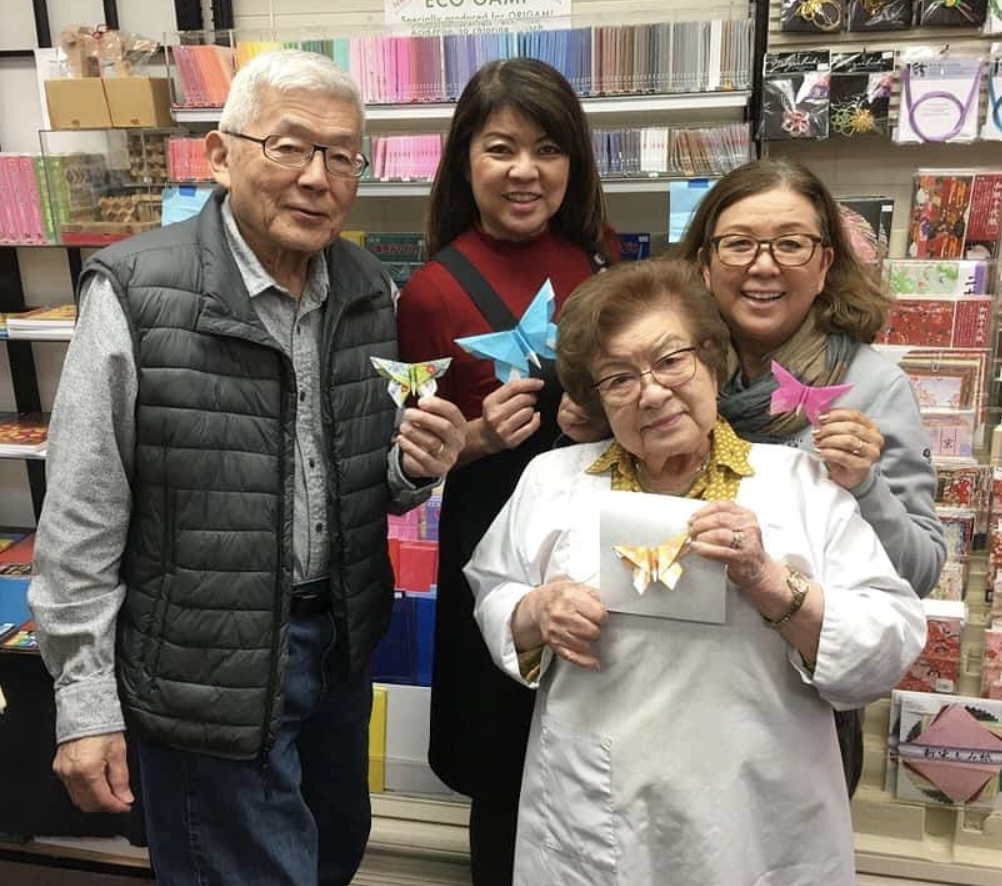 Her father, uncle, grandparents, and great-grandparents were forced from their home during WWII as a result of the federal government’s policy, which sent Japanese Americans to internment camps from 1942-1945. Linda’s grandfather had glaucoma and, without proper care in the internment camp, lost his sight. Fortunately, it didn’t stop him from writing two of the first origami books in English in the early 1950s. He was fully blind by the time Linda was born, so she didn’t have the opportunity to learn origami from him directly. She—like countless others—learned the art form from his books.

Linda has carried on her grandfather’s legacy, teaching classes as a way to share her own knowledge with subsequent generations of folders. Of course, COVID-19 interrupted her usual in-store sessions. Like many others, she turned to virtual events with Free Fold Origami Saturdays—a free, online origami class open worldwide. Though they come with their own challenges, these virtual sessions have provided one of the pandemic’s silver linings— allowing Linda to teach a global audience she wouldn’t normally be able to reach. Asked if she’s planning on carrying on with virtual classes post-pandemic? “I really think I am. I think that’s the way going forward. If you’re thinking on a global scale, that’s what you’ve got to do. Why not?”

As was the case at all small businesses, the Paper Tree team was concerned about what last year’s lockdown would mean for their future. “When we closed in March, I thought, ‘What do we do now?’ I had no idea what was going to happen...And then the online orders started rolling in.” Even though the store’s doors remained shut until June, online orders allowed the 53-year-old business to keep going. Linda noticed a surge in origami interest while everyone was stuck at home, including a wave of first-time folders. 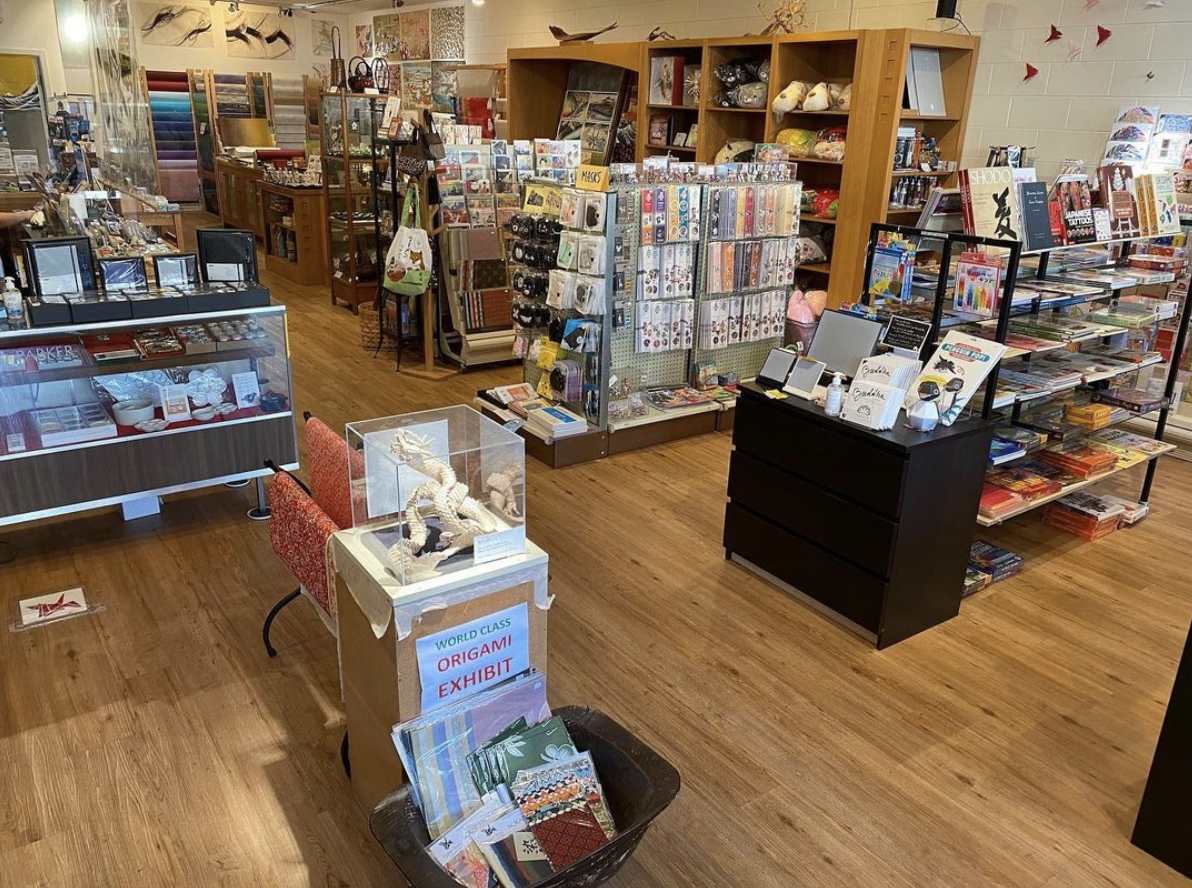 With more people being vaccinated and business slowly returning to normal, things are looking up in Japantown. Thanks to pedestrian-friendly streets and outdoor dining, the area is vibrant again every weekend. Though, sadly, the community has suffered its own losses over the last year, “I’m just so thankful and lucky because about 25% of the businesses in Japantown have closed permanently.”

In addition to the challenges posed by the coronavirus, Japantown and Asian American communities across the country have also been grappling with the steep rise in anti-Asian hate and violence. In response, Linda wanted to do something that spread love. “I wanted people to think in positive ways to counter the hate. Let’s do it with love.”

From that thought came the Hearts for Love campaign. A play on 1000 paper cranes, Linda sought to collect 1000 origami hearts to display in the store’s front window. Just one week after it launched, she’d already reached her goal. People from across the country continued to send their folded hearts, so the goal increased to 3,795—the number of reported hate crimes against AAPI individuals in the U.S. between March 2020-February 2021. “This is a small way to share what I know, which is origami, and bring everybody along. I felt so strongly about it that even if nobody participated, I was still okay with it. I was still going to make my own statement in the window. That was my say on AAPI hate.” 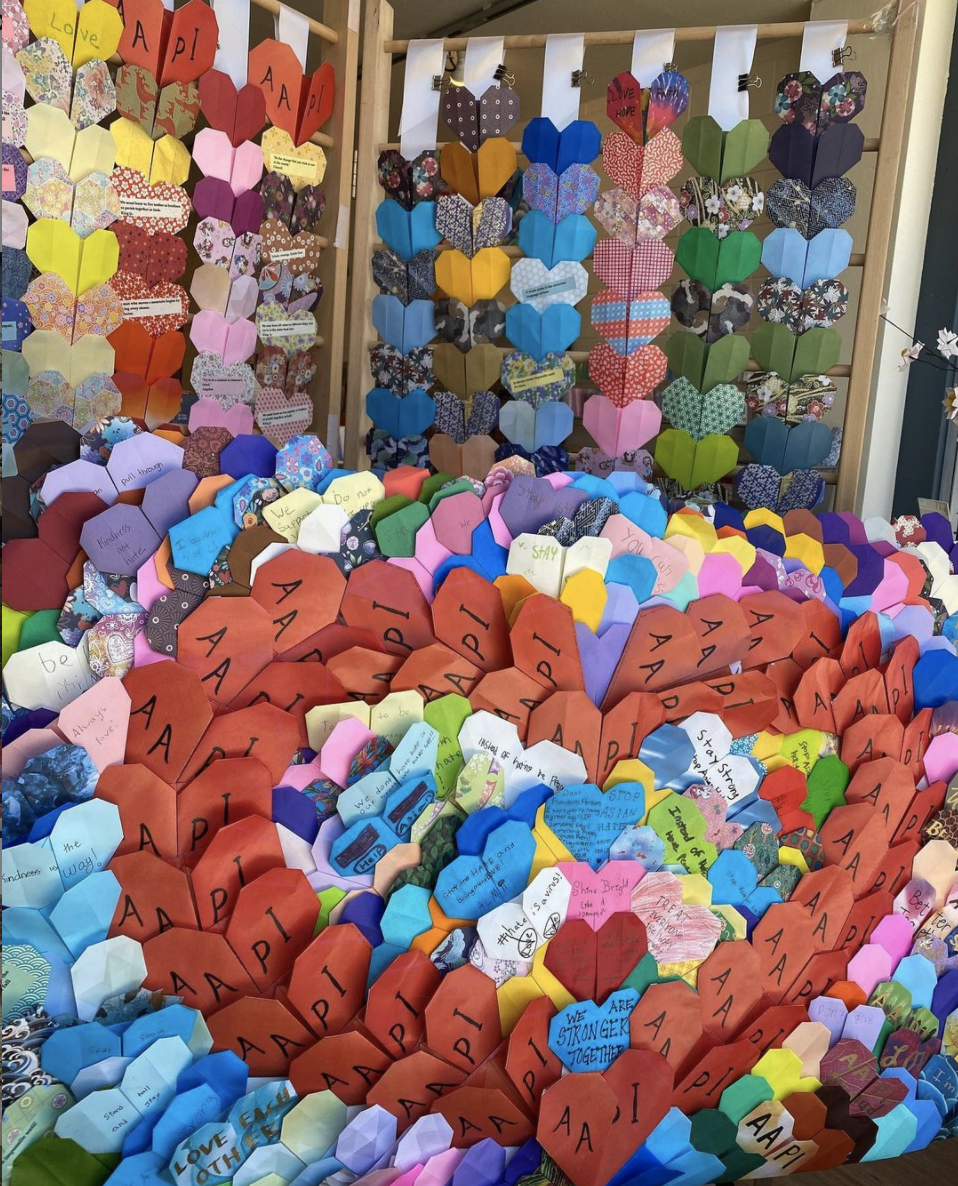 Linda has seen success in the campaign beyond the total heart tally. “There was one lady who dropped off some hearts and said it was the first time she’d gotten together with her girlfriends after they’d all been vaccinated. They sat around folding hearts and catching up and it turned into a ‘what I’m thankful for’ kind of time. That makes me so incredibly happy. They got it. They’re thinking love and positivity.”

When speaking with Linda, it’s impossible to miss the true and deep love she has for her work, her art, and her family. “For me, personally, carrying on a business that my parents started is really a joy...and I get to talk origami all day. That never gets old to me.”